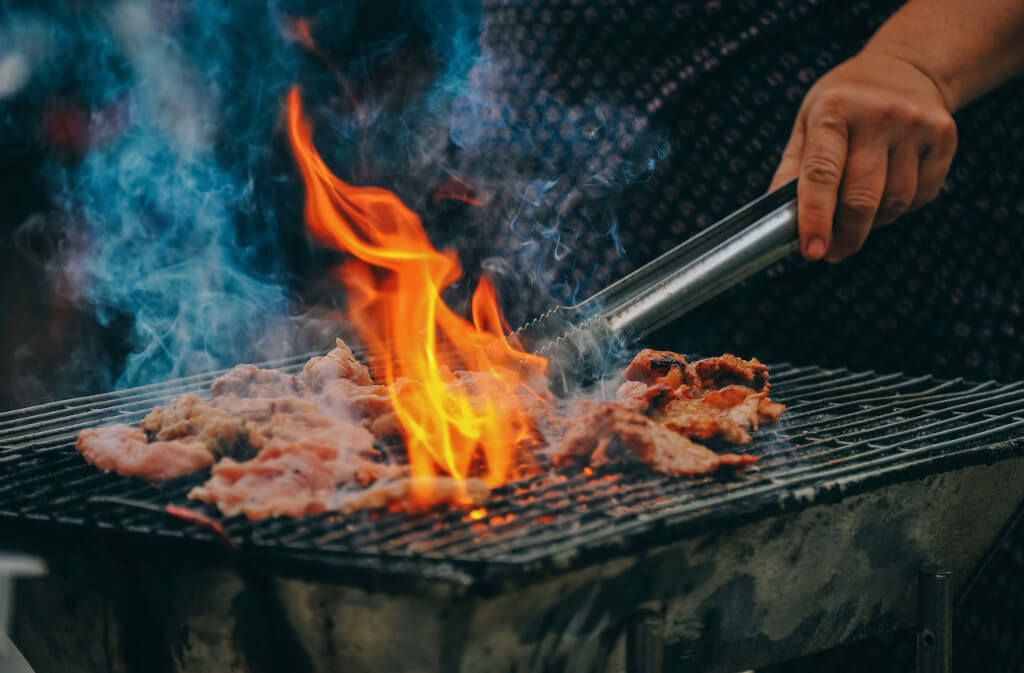 First, consider this coincidence: Homo erectus discovered the grill 1.8 million years ago in a cave with a broad gap carved into such an eroded slope. This cave was located about 500 miles inland from Africa’s southernmost point. He’d been a participant of a primate species not long ago. However, as his brain grew, so did the magnitude of his teeth, and he was now experiencing difficulties biting raw meat. He had recently started his first fire and homo erectus threw a cadaver onto the fire at some point in time. The flames ended up causing the flesh to soften and he took a chance, now he’s here to observe another morning.

This cave is also known as Wonderwerk, which is the very Afrikaans word for “miracle,” and it is located right here in our beautiful rainbow nation filled with braai meat lovers. Is it a coincidence that the first time these people barbecued meat was in what would become South Africa? Yes, we think so. But it’s the kind of coincidence you can’t help but think about; after all, there’s more to it than a country’s flimsy borders and a random cave. There is more to this reality than meets the eye. If you look at it for a prolonged period, you might learn something about how the world works.

This is More Than Just a Commercial Trick

On September 24, now known as Braai Day, a sizable number of South Africans had already braaied (as well as on the majority of other weekends throughout the year; the weather in Cape Town is so ideal that the only thing us locals truly complain about is the wind). The name change from “barbecue” to “braai” represented a metonymic shift of energy from the concept to the way the concept was celebrated. It was also, and perhaps most importantly, an attempt to find what little common ground there was in a country that is still fractured and bears the scars of apartheid.

You may be putting far too much focus on a single day, a single name, and a single preparation method. No celebration can adequately alleviate a society’s racial tension. Nonetheless, it is critical to recognize the common ground. All South African braai, including indigenous peoples, descendants of European colonists, and Asian slaves brought to the country. On Braai Day, between 15 and 20 million South Africans cook meat over an open fire. This represents nearly half of the entire population.

What Meats Have Become “Braai” Popular?

Lamb is well-liked. It is also traditional to eat chicken Peri-Peri, a Portuguese colonial relic that has become so deeply entrenched in our local society that it has given rise to the Nando’s fast food restaurant chain.

There are steaks of various cuts, side dishes made from the abundant miellies, and boerewors of course—a lot of it!  According to Scannell, there are African meats (often beef, but occasionally pork and lamb), a deep love for sausage-making handed down from French and Portuguese sailors, and condiments (coriander, cumin, and nutmeg) brought by slaves from the East. In other words, boerewors is similar to Cape Town in that it is rich in history and has a wonderful flavor.

Anyone who has visited Cape Town will tell you that it is one of the most beautiful cities in the world. It’s shaped like a horseshoe, with low sprawl built around a protruding peak, and it’s framed solely on a single side by the agitated, blue waters of the South Atlantic.

Anyone who has visited Cape Town in recent years will also tell you that it is a fantastic place to be hungry at the right time. The city has recently begun to see the growth of a system of youthful and skilled cooks. Chefs who excel at both upscale tasting menus and lowbrow street food exist. There are pizzerias with wood-burning ovens, Sammie stores that are vibrant and noisy, and tapas bars hidden behind cookware stores.

Then There Are the Braais, Which Should Go Without Saying

Mzoli’s Place is in Gugulethu, one of the many townships surrounding the city. It hosts a daily braai party for visitors and locals alike, complete with loud music, large grills, and plenty of beer. Mzoli Ngcawuzele, who established the butchery booth in 2003, presides over the open-air enterprise, which is located about a half-hour outside of the CBD. It has evolved into a bona fide access point over the years and has become more of a nightclub with a braai supply as its backdrop.

It is one of the few township locations mentioned in Western travel guides. The parties involved in this case have a complicated relationship: The African townships, which are vast, endless grids of two-room concrete dwellings and steel-sided shacks, provide a crash course in the ongoing effects of institutionalised racism and economic stratification that our country still struggles with. Based on who you ask, the fact that travellers typically arrive and depart via Uber without ever leaving the block indicates either safe or confined travel.

Set the Meal Aside for the Time Being

Is there a significant difference between this event and a Barbeque held in the US? No, not. But how is this possible? Gathering around a campfire in the open air is as crucial to the human experience as any other. After figuring out how to control fire on our own, we moved on to learning how to grill. It is, of course, not bound by national boundaries. In other parts of the world, a braai is easily confused with a backyard barbecue. When friends get together in the kitchen, it can turn into a community celebration. Cooking over an open fire is a ritual that celebrates one’s will to live.

The word “braai” appears in the vocabularies of all 11 of our South African official languages. This word can be used to create both a noun (“have a braai”) and a verb (“have a braai”) (“braai a steak”).

Gas braais are available, but using them is a lazy option. Hardekool, a native species of bush willow, is the most popular choice to start a lekker braai.

Consider the meat you eat

Perform a thorough amount of investigation to find a butcher shop that sells high-quality meat that was raised humanely and can respond to questions about where the meat came from.

In the Cape, Karoo lamb is regarded as the caviar of sheep. The first thing that you’ll notice when you enter the Karoo is the smell. It smells strongly of herbaceous plants. Our sheep eat wild mint, wild rosemary, and other plants such as the skapbossie and silverkaroo. We have this unique, native vegetation here.

Depending on the ingredients, the heat of the braai should be adjusted. Braai the boerewors, lamb rump, or thick steaks over high heat; move the coals to the side and use indirect warm air to prepare fish and leaner cuts of meat.

While beer is commonly served at BBQs in the United States, wine is an integral part of our braais in Cape Town, which is surrounded by vineyards.