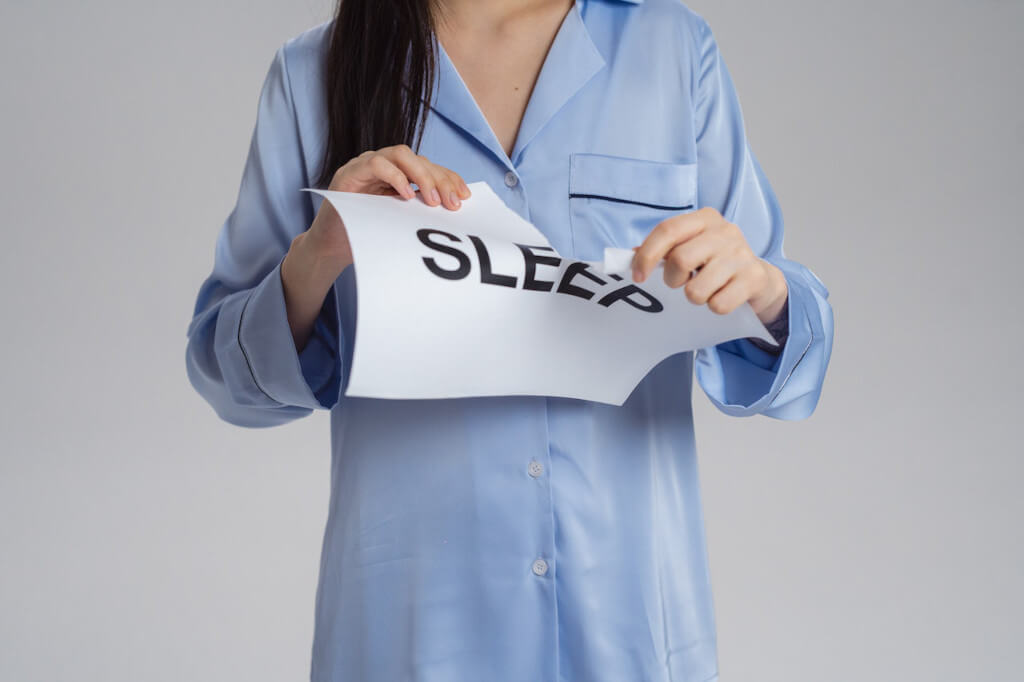 The quantity and quality of sleep that one gets are frequently impacted by stress. Both an absence of sleep and stress can have a significant negative impact on both a person’s physical and mental well-being. In general, depending on a person’s age and several other considerations, sleep specialists advise that individuals shoot for seven to nine hours every night.

Research has demonstrated that sleep is beneficial to a wide variety of bodily processes, although the precise function of sleep is not entirely understood. These include mental and physical activities, such as the repair of damaged muscles and the ability to concentrate on tasks.

Chronic sleep loss is associated with an increased risk of cardiovascular disease, stroke, and mental health disorders such as depression. If you don’t get enough sleep, you might find yourself in a bad mood, with low energy, trouble concentrating, and an overall incapability to function as you normally would.

Individuals who get less than seven hours of sleep per night have a higher risk of the following conditions, as stated in a report that was published by the Centers for Disease Control and Prevention (CDC):

The Connection Between Anxiety and Getting Enough Rest

Stress is a physiological reaction that has progressed in animals and humans to enable them to cope with crucial or threatening situations. Although stress has many bad connotations, it is a reaction that has developed for a purpose.

When a person is under pressure, their autonomic nervous system (ANS) may respond by secreting hormones like adrenaline and cortisol into the bloodstream. These hormones quicken the heart rate to improve blood circulation to vital organs and muscles, thereby preparing the body to take prompt action if it is required. This response, which is also known as the fight-or-flight response, was necessary for the survival of early humans during the stages of evolution in which they were still in the process of evolving.

In today’s world, problems that do not pose an immediate danger to one’s life can still set off the “fight or flight” response. For instance, issues at one’s place of employment or conflicts in one’s relationships.

One of the negative effects of stress is that it can prevent a person from getting enough sleep. Being in a state of heightened alertness for an extended period can delay the onset of sleep, which in turn can cause rapid, anxious thoughts to occur during the night. Insufficiency in sleep can then lead to increased levels of stress. 43% of people aged 13 to 64 who responded to a survey conducted by the National Sleep Foundation said that they had stayed awake at night due to stress at least once in the previous month.

Many individuals might be able to improve the quantity and quality of their sleep if they reduced the amount of stress they experienced in the evenings before going to bed. Modifying one or more of the following aspects of your lifestyle may help reduce stress:

The Practice of Mindfulness Meditation

Meditation focuses on bringing one’s attention to the here and now, to help one become more aware of their surroundings. The objective is to become aware of all of the thoughts, feelings, and sensations that are taking place inside and outside of the body without engaging in any kind of response to them.

According to the findings of various pieces of research, utilizing this method confers a variety of advantages to one’s mental health. Anxiety, depression, and stress all showed slight to moderate improvements among those who practiced mindfulness meditation, according to the findings of a review that looked at 47 separate trials and included a total of 3,515 participants.

Although additional high-quality research is required to determine whether or not mindfulness is effective as a clinical treatment, it may be a useful at-home method for people to use. There is some evidence that engaging in 10–30 minutes of mindfulness practice an hour or so before going to bed can be an effective way to reduce stress and improve sleep quality.

Exercising can help alleviate the negative effects of stress and anxiety. In addition to its positive effects on one’s physical health, regular exercise can also have a positive impact on one’s mental health and overall well-being.

The consequences of physical exercise on psychological well-being could make it an appropriate treatment for anxiety and stress-related disorders, according to research. This would reduce the need to pursue other treatments. According to the findings of a study that was published in 2017, engaging in physical activity is an effective method for alleviating the symptoms of anxiety and stress.

People over the age of 40 who have trouble sleeping can benefit directly from increased physical activity, according to new evidence, which suggests that exercise has a direct influence on improving the quality of sleep. Running for thirty minutes, or any other form of moderate or high-intensity physical activity could be beneficial in lowering levels of stress and improving the quality of sleep.

Alterations to Other Aspects of Lifestyle

Adopting a diet that is more beneficial to one’s health, cutting back on caffeine and alcohol consumption, refraining from bringing work home with them or checking work emails in the evening, and reaching out to friends, family, and community members for support.

The process of stress reduction can be very difficult. It is essential to determine the source of the stress, which is frequently associated with either one’s place of employment or a personal relationship. Eliminating the source of stress is essential to making progress toward recovery, even though finding solutions to these issues can be challenging and time-consuming.

There is a strong correlation between stress and poor sleep. Both the quality and duration of one’s sleep can be negatively impacted by stress, while sleep deprivation can lead to an increase in stress levels. Both too much stress and not getting enough sleep can contribute to long-term issues with one’s physical and mental health.

Individuals who are struggling with issues related to stress or a lack of sleep mustn’t attempt to solve these issues on their own. Care and direction can be provided by professionals in the field of mental health, and additional support can be provided by friends and family members.